Metro We Are Winning War Against Sea Pirates – Nigerian Navy

Curators
FREE Nigerian Business Directory
✅ NEW - get your business listed and your information shared across social media.
Ad
Vice-Admiral Ibok-Ete Ibas, the Chief of Naval Staff, says the navy has reduced incessant attacks on merchant ships by pirates on the nation’s territorial waters. 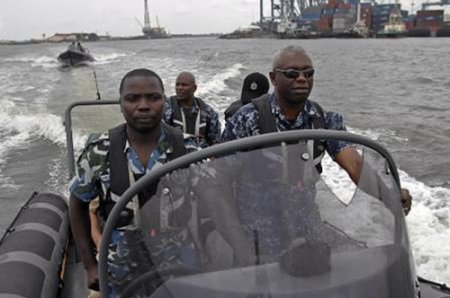 Ibas who spoke on Friday in Onne, Rivers, at the launch of an operation, codenamed “Tsare Teku III,” said deployment of several warships was responsible for the decline.

“Operation Tsare Teku III is a continuation of an earlier operation we launched in the first and second quarter of 2016 to tackle incessant attacks on merchant ships by sea pirates.

“In order to sustain the gains of the earlier operation for optimum performance and benefits, it has become imperative to extend it by another three months.

“It is instructive to note that attacks on shipping have substantially declined since the commencement of this operation, relative to what obtained between January and April 2016.

“This is because only four attacks on shipping have been reported during the period as compared to 45 incidences of piracy reported from Jan. 16 to April 16.

“Operation Tsare Teku III was conceived to stem the rising wave of attacks on shipping and other criminality within Nigeria’s maritime domain, particularly in the offshore areas,’’ he said.

Ibas said the operation would enable merchant ships move their cargoes freely, while sustaining protection of oil and gas installations for improved revenue for the country.