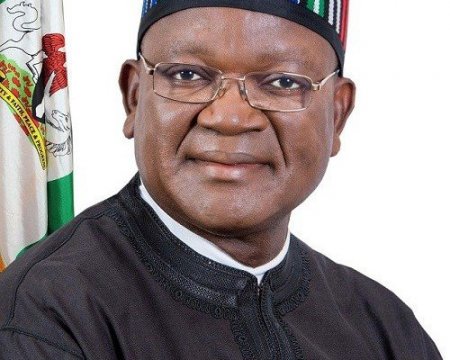 Ortom, who made this assertion while addressing a stakeholders’ meeting at the Benue People’s House on Tuesday, said the attacks put Benue in a difficult situation as agriculture, which was the state’s strongest point, was being destroyed.

He said as a result, payment of salaries and pension, amounting to N7.8 billion, continues to be a major issue.

He said the attacks necessitated the declaration of a seven-day fasting and prayer.

“We have no land for grazing and grazing routes; we cannot join grazing and farming. This has made the payment of salaries and pension, amounting to N7.8 billion a big headache for us,” he said.

The governor noted that with the ever-increasing population, ranching remained the best alternative, adding that the anti-grazing bill, sent to the House of Assembly, would be subjected to public hearing.

Just three days back, no fewer than 50 persons were killed in Zaki Biam by unknown gunmen.

K
Politics Ganduje on Ortom: We are worried because a governor is supposed to have some security – Legit.ng

Metro I am not a wizard, I am a child of God- Governor Ortom replies his detractors – Linda Ikeji’s Blog