But Keshi believes that they can still turnaround the table and finish in the first two positions of the group.

Keshi explained that crisis which rocked the Nigeria Football Federation(NFF) prior to the match against Congo affected the outcome of the game last month,but added that they will have to fight in the remaining games.

“There were so many distractions before the game against Congo and we tried to put everything back together in two or three days for the game against South Africa but it wasn’t easy for the boys.

“Again they tried to pick their game up against South Africa but couldn’t but now they have realised that as the champions of Africa, we have to do all that is needed to be done to make sure we qualify for Morocco and that’s what we are doing.

“We have to fight every game that we play. Super Eagles is the team everyone wants to beat. It’s been like this since I was playing in the Eagles and even before I got into the Super Eagles," Keshi told supersports.com

“I don’t want to speak about that side of it, I am optimistic that it should go well. We should be in Morocco by God’s grace.” 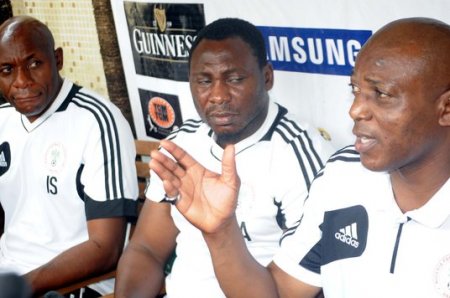