The members of NUPENG and Petroleum and Natural Gas Senior Staff Association of Nigeria (PENGASSAN), had on Sept. 15 embarked on a strike following the inability of NNPC to bridge the N85 billion gap in their pension scheme.

The union’s strike which was called off on Sept. 19, on the intervention of the Minister of Petroleum, Mrs Diezani Allison-Madueke, had led to the shutdown of NNPC and its subsidiaries nationwide.

Korodo said the Independent Petroleum Marketers Association of Nigeria (IPMAN), Petroleum Tanker Drivers, NUPENG and NNPC lost more than N2 billion on daily in the South-West during the strike.

According to him, NNPC Ejigbo depot, Lagos State and Mosinmi, Ogun State were paralysed during the strike.

He added that strike affected small scale business operators at the depots, especially food and GSM recharge card vendors among others that lost about N5 million within the strike period.

The chairman also said that contrary to other opinions, the strike was only suspended following the intervention major national stakeholders.

He said the unions' decision to put the strike on hold to allow the NNPC management time to address the issues raised, especially the unfunded N85 billion pension gap.

``The NNPC management has not paid their N85bn pension till now.

``We are imploring the National Assembly and other stakeholders to prevail on the NNPC management to pay their part of the scheme because oil workers have paid theirs,” he said. 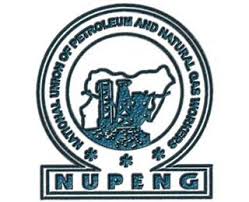