Metro We shall meet in court, Falana tells DSS over refusal to release Sowore - The Cable

Femi Falana, a senior advocate of Nigeria (SAN), says legal measures will be taken against the Department of State Services (DSS) over its refusal to release Omoyele Sowore, convener of the #RevolutionNow Movement.

A federal high court in Abuja had on Wednesday oordered the release of Sowore alongside Olawale Adebayo better known as “Mandate”, but the DSS did not comply with the order. 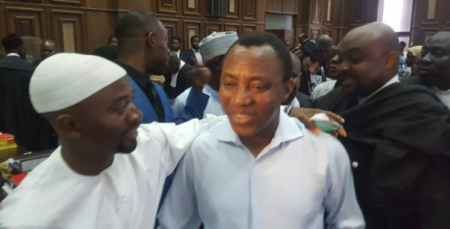