According to the reports, an Okada rider around Satelite town, Lagos offered to help an Indian man locate his way around Navy town and getting to the location, he (Okada rider) realised that he cannot find his manhood again. 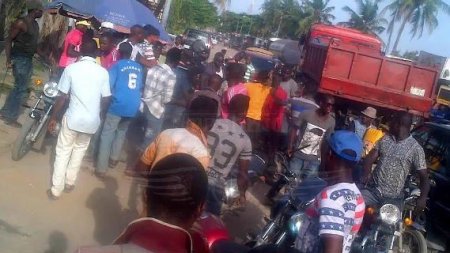 In the words of the Okada rider, he said, he realized that his manhood was missing immediately the Indian man touched him and alight from the motorcycle.

He ran after the Indian man and started shouting which attracted the attention of people and his fellow Okada riders in the town.