Dr. Umar Ardo, a chieftain of the Peoples Democratic Party (PDP), has revealed details of a private conversation he had with Senator Ali Modu Sheriff over alleged involvement with Boko Haram. 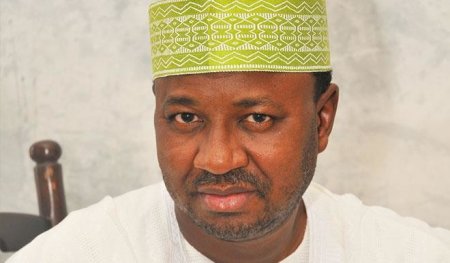 Sheriff had been accused of forming and sponsoring the dreaded sect when he was governor of Borno State. Recalling a meeting with the ex-Borno helmsman, Ardo noted, “I asked Sen. Modu Sheriff this question point blank at the heat of his campaign to be the national chairman of the PDP when I had a one-on-one meeting with him in May, last year; DAILY POST reports.

“His answer to me was that he didn’t (form the Boko Haram).

“To buttress his position, he left me and went somewhere in his house and shortly returned with three documents and handed them over to me. One was a ‘Report of the Post Morten Committee on the Sectarian Crises in Kano, Bauchi, Yobe and Borno States,’ constituted by the then National Security Adviser, as directed by the Nigerian president. The report was dated 27th August, 2009.

“The other document was the ‘Report of the Implementation Committee of the Government White Paper on the Boko Haram Insurgency in Borno State’ dated 9th November, 2009.

“The third one was titled ‘The 2009 Sectarian Crisis in Borno State’ written by Sen. Ali Modu Sheriff himself in September 2011,” he said.

“In fact, from the committee’s report and the White Paper, Sen. Sheriff was commended for the steps his government took to stem Islamic insurgency in the state,” he added.

Politics The Many Faces Of Former Gov. Ali Modu Sheriff As He Denies Link With Boko Haram In Abuja – Sahara Reporters