Sports What Gernot Rohr Said After Draw Against Senegal 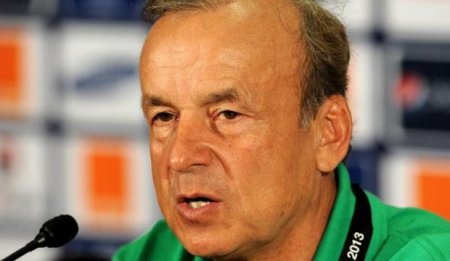 The Super Eagles came from a goal down to hold Senegal to a 1-1 draw in Thursday’s friendly game at The Hive in London.

In his post-match press conference, Rohr said the Senegalese will give his players an insight on what to expect against Cameroon come August.

“We chose Senegal to prepare us for a physical Cameroon,” Rohr stated. “We don’t have the power of Senegal but we are learning and getting there.”

On the injuries sustained by Ogenyi Onazi and Ahmed Musa who had to be replaced, Rohr said: “He (Onazi) suffered a serious back injury. He’ll have a scan to ascertain the extent of his injury. We’ll observe Musa too.”
L

Nigerians were pissed because they were not able to see the game live on TV.

Sports Super Eagles coach Gernot Rohr reveals what he plans to do for Ighalo after Man United move – Legit.ng