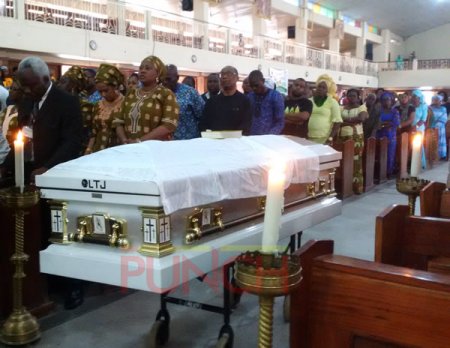 The NFF helmsman on Thursday paid tribute to the late coach, describing him as a super hero.

Pinnick, who led an NFF delegation to the funeral mass, which was held at St. Paul’s Catholic Church in Benin, said the federation would honour the late icon.

“That (honour) is definitely going to be done,” Pinnick said.

Keshi died on June 8‎ in Benin at the age of 54, after a 44-month spell as coach of the Super Eagles.

He was one of the only two players to have won the African Cup of Nations both as player and as coach in 1994 and 2013.‎

‎‎After the funeral mass, the body of the former Super Eagles captain was later moved to the Samuel Ogbemudia Stadium for a novelty match between ex-internationals and all stars.