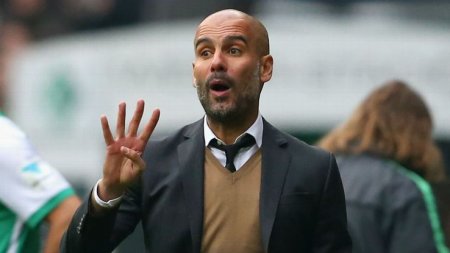 Speaking after the game, Manchester City coach, Pep Guardiola said, ''It means a lot to beat one of best teams in in the league. It was a good game, we dominated. I’m so happy for the fans - they were with us, The victory gives a lot of confidence.''

''We are not a tall or physical team. We have to be in the right place at the right moment and be inteligent.''

On Yaya Toure, Pep said, ''(Yaya) looks like a boy. He played awesome. It's his personality. When we are in trouble he goes there. An exceptional player. ''

''I apologise to John. Bacary deserves to play also. Today I wanted to stick with same back four, that’s what I decided. ''

On other players who missed the game, the coach said, ''Okay, now Fernandinho is coming back, in another week Sergio then Gabriel Jesus and we will try to keep creating more and more. ''
Last edited by a moderator: Dec 19, 2016

C
Sports Borussia Dortmund vs Man City: What I told Phil Foden when he ran to me – Pep Guardiola – Daily Post Nigeria