South east senators were reportedly questioned by some of their colleagues for giving tacit support to the Indigenous People of Biafra (IPOB).

According to Daily Trust, the accusations were made at a closed session when the Senate reconvened yesterday after an extended annual break. 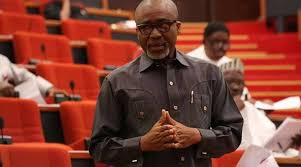 The senators put main blame on the chairman of the South east caucus, Senator Enyinnaya Abaribe (PDP, Abia) for standing surety for the IPOB leader, Nnamdi Kanu, a sources privy to the discussion told Daily Trust.

At the closed door session, some described his action on Nnamdi Kanu as as “un- senatorial.”
PLACE YOUR ADVERT HERE
Connect with Politics News Readers!