FREE Nigerian Business Directory
✅ NEW - get your business listed and your information shared across social media.
Ad
The National Leader of the All Progressives Congress, Asiwaju Bola Ahmed Tinubu, has congratulated Ghana’s new President, Nana Akufo-Addo, and Vice President, Mahammadu Bawumia, over their inauguration, saying a new dawn has come to Ghana.

Tinubu described Akufo-Addo as a seasoned administrator and diplomat from a strong political family.

He said with him, Ghana is headed for greater heights. 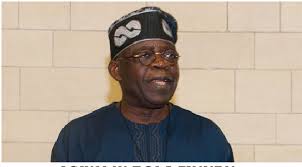 He said in a statement by his Media Office on Saturday: “I congratulate Ghana’s new President, Nana Akufo-Addo, and Vice President, Mahamadu Bawumia. The people of Ghana have chosen right. Akufo-Addo is a seasoned administrator, diplomat and hails from a strong political family in Ghana.

“With him at the helm, Ghana is poised for greater heights. He has been in government before as Foreign Affairs Minister and comes prepared for the office he has sought for two times unsuccessfully. His election is a testament to perseverance, vision and commitment.

“I also congratulate Ghana for setting the right example for Africa. With transition not only from one leader to another but also from one government to another, from a governing party to an opposition party, that country’s democracy is maturing”.
You must log in or register to reply here.