Politics Where Is Your Certificate? I Am Yet To Collect It At ABU – Melaye

Senator Dino Melaye on Monday presented documents to Senate Committee on Ethics on his alleged certificate scandal issue but failed to present his.

Melaye told the Ethics committee at the hearing that he changed his name from Daniel Melaye to Dino Melaye.

He said, "he officially changed his name from Daniel Melaye to Dino Melaye and he is ready to tender the affidavit". 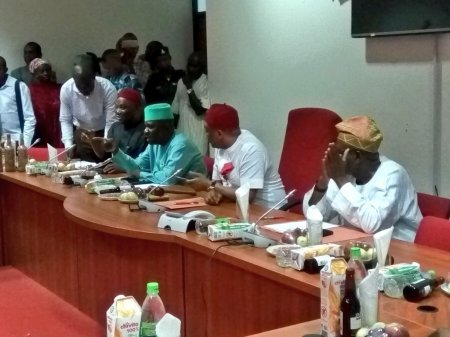 When Senator Aisagbonriodion, representing Edo South asked Senator Melaye where his original certificate is? He responded, “yet to collect certificate from ABU. Said he will collect it”.

Politics ”As far as I am concerned, Dino Melaye is still a member of APC - Saraki - Information Nigeria