As the Ebola pressure builds up in several countries, the World Health Organization has warned that desperate patients are now turning to black markets to purchase blood from survivors of the deadly virus.

So far, the virus has killed a minimum of 2,400 people in Guinea, Liberia and Sierra Leone (which are, incidentally, the most affected countries.)

Thousands more are reported infected, and new cases of the virus have been noted in Nigeria and Senegal.

Convalescent serum is what the blood from survivors is called, and it is believed to have antibodies wich can fight the virus. This isn't proven but there is belief that convalescent serum might go a long way in tackling a disease with (as yet) no approved drug for its treatment.

"Studies suggest blood transfusions from survivors might prevent or treat Ebola virus infection in others, but the results of the studies are still difficult to interpret," the WHO said.

"It is not known whether antibodies in the plasma of survivors are sufficient to treat or prevent the disease. More research is needed."

Convalescent serum has been used to treat patients, including American aid worker Rick Sacra, who is hospitalized in Omaha, Nebraska. He got blood from Kent Brantly, a fellow American who survived Ebola. Both got infected when they were helping patients in Liberia. 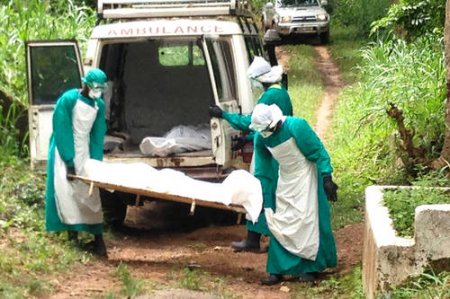 P
Metro 5 Ways On How To Prevent Monkey Pox Virus

Oct 10, 2017
immaculate
I
M
Monkey pox: 5 Key Facts You Should Know About The Rare Disease