Politics Why Atiku Abubakar Was Absent at APC Caucus Meeting

Former Vice-President Atiku Abubakar was conspicuously absent at the All Progressives Congress’ caucus meeting which was presided over by President Muhammadu Buhari at the new Banquet Hall, Aso Rock, Abuja.

The News Agency of Nigeria (NAN), however, gathered that the Turakin Adamawa might have travelled out of the country.

NAN reports that the meeting which started at about 8.45p.m. was being attended by the newly appointed Secretary to the Government of the Federation (SGF), Boss Mustapha. 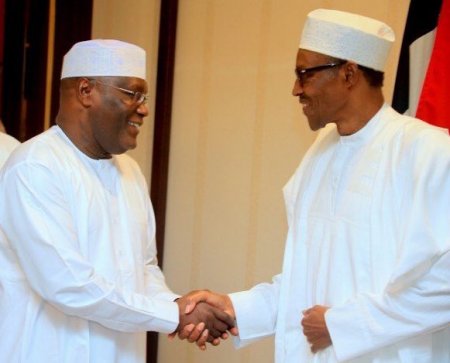 NAN also observed that some participants at the meeting were seen “struggling’’ for photo opportunity with the new SGF.