Business Why EU Banned Medview Airline from Flying To London

Medview began flying the Lagos-Garwick route on November 20, 2015, with a Boeing 767 aircraft which operated four times a week.

A statement released by the commission on Tuesday said that a total of 181 airlines have been banned from EU skies.

“Today the European Commission updated the EU air safety list, the list of non-European airlines that do not meet international safety standards, and are therefore subject to an operating ban or operational restrictions within the European Union,” the statement read.

“Following today’s update, all airlines certified in Benin and Mozambique are cleared from the list, following further improvements to the aviation safety situation in these countries. 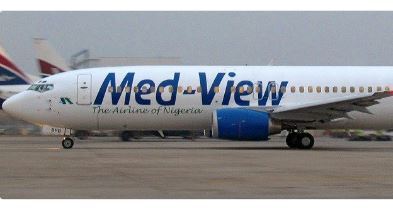 “On the other hand, the airlines Med-View (Nigeria), Mustique Airways (St. Vincent and the Grenadines), Aviation Company Urga (Ukraine) and Air Zimbabwe (Zimbabwe) were added to the list due to unaddressed safety deficiencies that were detected by the European aviation safety agency during the assessment for a third country operator authorisation.”

Additional information available on the EU transport and mobility website explained that airlines subjected to operating ban can operate in the EU using leased aircraft of another airline.

“Airlines subjected to an operating ban could be permitted to operate within the European Union by using wet-leased aircraft of an airline which is not subject to an operating ban, provided that the relevant safety standards are complied with.

“The aircraft being used in such operations could be branded as if it belonged to the fleet of the banned airline.”