Politics Why GEJ's 'Transformation Agenda' is a Trick - Fashola

In a country ruled by insecurity, unemployment, high interest rates, greed, corruption, nepotism, favoritism, intolerance, terrorism and misuse of power, says Fashola, one can hardly describe anything done by the president so far as 'transformational.'

The governor said this at the Leadership Newspaper Annual Conference and 2013 Awards presentation in Abuja. In his paper titled "Rebuilding the Nation: Lessons from Other Lands," he said that GEJ's transformation agenda was a stark contrast to what is obtainable in today's Nigeria.

“The signs that there was not going to be any transformation were obvious to me since 2011 or thereabouts. As a mere slogan perhaps yes. As a call to purposeful action, the deception is obvious if you look at the budgets we have presented as a nation, and more critically at how much of it, we have been able to implement.” 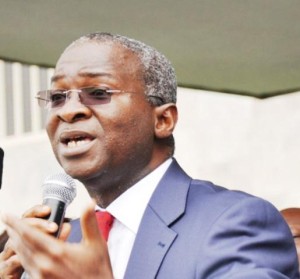 A
Politics OPINION: Dear Fashola,Bring Back Our Money by Shaka Momodu

Sep 15, 2015
abujagirl
A
A
Politics Dele Momodu - I Still Stand By My Decision to Support Buhari But...

Sep 11, 2016
abujagirl
A
A
Politics APC is the Centrifuge of Violence in Nigeria -PDP