FREE Nigerian Business Directory
✅ NEW - get your business listed and your information shared across social media.
Ad
A former governor of Enugu State, Mr Sullivan Chime has said that his decision to join the APC is to provide direction for upcoming politicians in Enugu State.

Chime made the announcement on Wednesday in Enugu while briefing newsmen on his plan to formally register as a member of the APC. 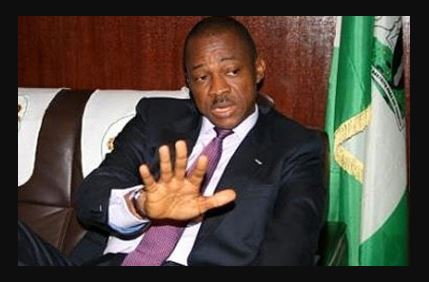 The News Agency of Nigeria (NAN) recalls that Chime had on March 16 this year, announced that he had dumped the PDP on whose platform he served as governor for eight years.

After announcing his exit from the PDP, he described the former ruling party as “dead and cremated.

He said that the APC had come to stay in Enugu State, noting that if things continued the way they were “I can assure you that the APC will win the state in 2019.

“Change has come to Enugu and it is like a movement.”

For ya mind?
A

Na your own cup of tea

Politics Ex-First Lady to court: My depression was caused by Chime – Newtelegraph