Politics Why I Stopped Visiting Buhari in Aso Rock – El-Rufai

Gov. Nasiru el-Rufa’i of Kaduna State says he was never banned from going to the Presidential Villa, Abuja. 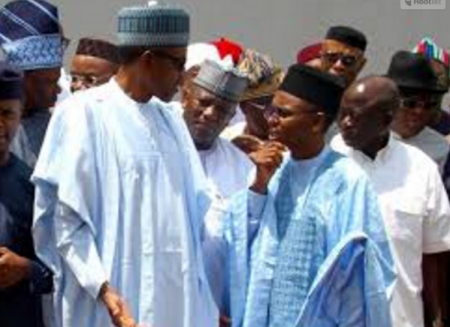 Reports on the social media said el-Rufa’i had been banned from the Presidential Villa for allegedly leaking a memo he wrote to Buhari on September 22, 2016.

According to him, he stopped frequenting the villa because the President needed quality time to rest and to also attend to challenges of governance.

“As a governor, I come here. I have blank cheques; no one checks me at the gate, but I believe what the President needs is for those that love him to keep away from him and allow him to rest.

“The President needs quality time to rest because it is meeting too many people that strains leadership.

“I am a governor and I know that when I meet 10 people in a day, I get really tired. It is not the paper work, it is not really the memos approving them or asking questions that strain a leader. It is the stream of visitors.

“I do not want to contribute to the President’s problem by coming here every day. I am in touch with him,’’ he added.

The governor, therefore, appealed to Nigerians to show more understanding and love to the President by allowing him to rest and to also concentrate more on his private and official engagements.