The group also instructed the Igbo living in the North to prepare to defend themselves against possible attack by Northerners.

The Ohanaeze youth wing was reacting to the three-month ultimatum given to Igbo to leave the Northern parts of the country by October 1, 2017 over the agitation for Biafra in the South-East.

Reacting to the development, the Ohanaeze Youth Council urged Igbo in the North to ‘stay put.’ 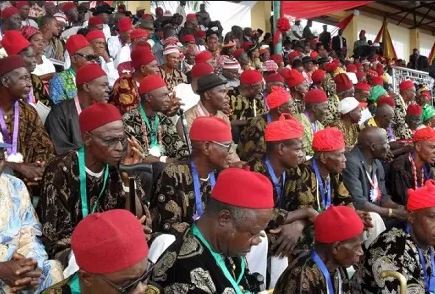 Addressing journalists after a meeting in Enugu, National President of the OYC, Mazi Okechukwu Isiguzoro, said the ultimatum issued to Igbo by the Northern groups was a call to arms, and should be treated as such by security agencies.

The theme of the emergency meeting was ‘Igbo mandate against genocide.’
D

Handle with care
U

C
Politics Doyin Okupe apologizes to the Igbos for saying an “Igbo presidency cannot evolve until the north forgives the Igbos for killing Sardauna....