Why Is Kano State Governor Building Schools in Niger Republic?

According to the report, last year, Governor Rabiu Kwankwaso of Kano state had spent over N1 billion on the building of the Kano-Niger Republic Bilingual College in Niamey. The schools are part of Kwankwaso's gesture to consolidate bilateral relationship between Nigeria and Niger Republic.

Our question today is, "Why is Kano state Governor building schools in Niger Republic? , is it just about bilateral relations or something more? 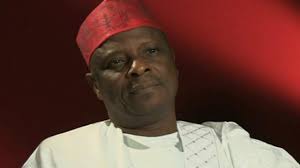