Curators
FREE Nigerian Business Directory
✅ NEW - get your business listed and your information shared across social media.
Ad
Alex Iwobi’s uncle Austin Okocha has explained the reason why the forward is no longer commanding a starting spot at Arsenal. 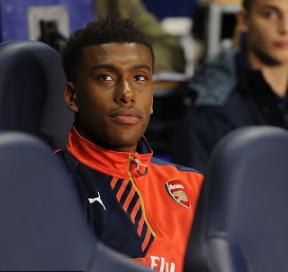 Iwobi has failed to play in any of the Gunners last two games, and was not even listed for action when they lost to Crystal Palace as he was demoted to the U-23s.

Okocha who mentored Iwobi during his formative years revealed, competition for spot in the team following the return of some senior players is the reason for his current absence from the team.

“We can’t forget that this is his first full season in the first team and Arsenal have all their players back now. There’s a lot of competition, so it’s not easy,” he told Sky Sports.

“He has had a good season. It’s not easy to make it through from the academy into the first team at such a big club. He has achieved this and has been phenomenal; I am delighted with what he has achieved so far.

“I think it’s better for him to stay at Arsenal, because the style of play suits him perfectly. It might not be easy for him to go on loan and adapt somewhere else. He needs to stay and fight for his shirt.”

Sports Alex Iwobi: Why I left Arsenal for Everton – TODAY

Sports Emery tasks Iwobi, others to do more for Arsenal – Vanguard News