Politics Why My Father Never Wanted Me To Join Politics - Mimiko

Curators
FREE Nigerian Business Directory
✅ NEW - get your business listed and your information shared across social media.
Ad
Outgoing Governor of Ondo State, Olusegun Mimiko, on Wednesday revealed why his father opposed his venturing into politics. 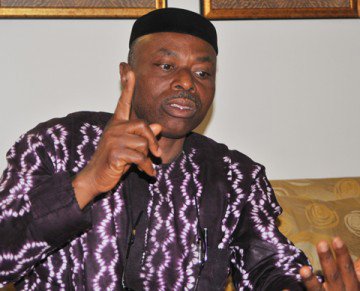 Speaking during the launch of his biography, “Mimiko’s Odyssey,” the governor said though his father loved politics but the political violence of 1983 in the South West made his father warn them against joining politics at the time.

Mimiko’s biography, detailing his journey into politics, was launched at the International Event Centre, Akure, the state capital.

Speaking at the event, the governor said, “If there was anyone who was infected by the political virus in our house, it was my father.

“He loved politics, he followed politics and the defining feature in our house is that he woke up every 5 a.m. and listened to the BBC, the VOA and render all the stories even when we were kids. So he loved politics.

“But after the 1983 mayhem, my father developed hatred for politicians; this is because we grew up with the background of violence in politics.

“If he were alive today, he would have been proud of what we have been able to achieve today.

“He taught us early in life the virtues of caring for others; he taught us that there are greater virtues in life than money.”
You must log in or register to reply here.