Metro Why Negotiations With Militants Have Not Started - FG

The Federal Government has explained why the proposed dialogue with the Niger Delta militants is yet to commence. 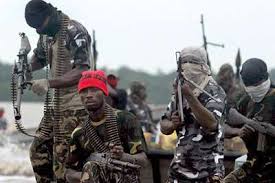 The government said it is waiting for reports from the National Security Adviser, NSA, Major General Mohammed Monguno (retd.); service chiefs and other top government officials mandated to interface with militant groups and other stakeholders in Niger Delta, before commencing the much awaited dialogue.

Special Adviser to the President on Media and Publicity, Mr. Femi Adesina, confirmed to Vanguard on phone, yesterday: “The President has charged some people with engaging the various militant groups, and now that they are waiving the white flag, there will definitely be formal talks.