Why Nigeria is Still at risk of Ebola Virus Disease

Nigeria would continue to be at risk of the Ebola Virus Disease (EVD) as long as the virus lingered in neighbouring countries, a Virologist, Prof. Oyewale Tomori, said on Monday.

Tomori, who works with the World Health Organisation (WHO), told newsmen in Lagos that Nigeria would become free of the virus only after the disease had been wiped out of Liberia, Sierra Leone, and Guinea - all in West Africa.

He, however, commended both the Federal Government and the Lagos State government for their dedicated efforts in combating the Ebola Virus in the country, and urged Nigeria to help its neighbours to fight the disease.

``Ebola has been ravaging the whole of West Africa. We are not free of Ebola until Ebola stops in those three countries because there is always a chance that another Patrick Sawyer can come in.

``And I want to commend the Lagos State Government for what they have done over this Ebola; I am also commending the Federal Government.

``All of us need to work together for the sake of our country.

“And we must go out now as Nigerians to help our brothers in other parts of West Africa to see what we can do to take care of this Ebola.``

He also urged health workers to adhere strictly to the universal practice when attending to patients as they were particularly at risk of contracting the virus. 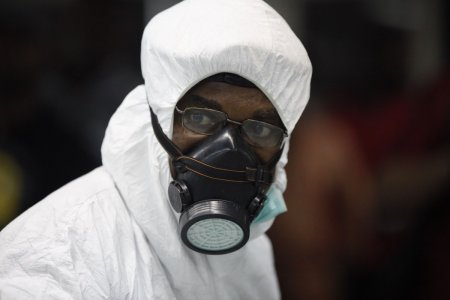 Metro Coronavirus in Africa: These are the 3 countries with the highest risk – Pulse Nigeria