Mr. Omeri, the Coordinator, National Information Centre, said this on Friday while giving update on the ceasefire agreement reached between the Federal Government and Boko Haram sect to end insurgency in the country.

“We can confirm to you that there have been contacts between the government and representatives of the Boko Haram.

“The discussions are essentially in the relation to the general insecurity in the North-East and also the need to rescue all captives of the terrorists, including the students of Government Secondary School, Chibok.

“From the discussion, they, terrorists, indicated their desire for and willingness to discuss and resolve all associated issues,’’ he said.

According to him, they, terrorists, also assured that the school girls and all other people in their captivity are all alive and well.

“Already, the terrorists have announced a ceasefire in furtherance of their desire for peace. In this regard, the government of Nigeria has, in similar vein, declared ceasefire,’’ he said.

The coordinator assured Nigerians that the greater goal of the process was to ensure the return of normalcy to the country, especially in areas affected by the terrorist activities.

Mr. Omeri said the negotiation was being facilitated by President Idris Derby of Chad, adding that the essence is to end terrorism, free the Chibok girls and all those in captivity.

He said “no condition’’ was attached on the release of the girls and others. 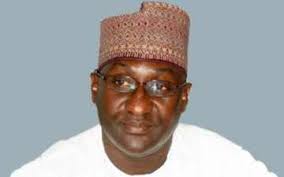 Now this is ludicrous...."commitment to ensure peace and security".. Why is this coming when election is in the next 5 months?
L

Wasn't Jonathan committed to national peace and security a year ago? Wayo people.