Politics Why We Adopted Jonathan as Our Presidential Candidate - APGA

He said since there was no Igbo contesting for the president, it would be a waste of time aligning with the All Progressives Congress, APC.

Mr. Umeh spoke while delivering a lecture titled “Towards a successful 2015 election: The role of the opposition,” to mark the inauguration of the executive committee of the Correspondents Chapel of the Nigerian Union of Journalists, in Enugu.

APGA had in August said it would not field a presidential candidate in the coming presidential election, saying it would support the candidacy of Mr. Jonathan, who is a member of the Peoples Democratic Party, PDP. 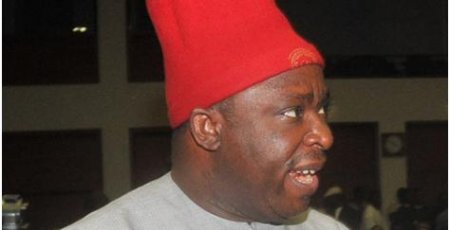