Metro Why We Are Not Fighting Militants Terrorising Lagos Communities - OPC

Curators
FREE Nigerian Business Directory
✅ NEW - get your business listed and your information shared across social media.
Ad
The Oodua Peoples Congress has put up a defence over its inaction against the Niger Delta militants, suspected to be the brains behind the latest attack on Isheri North Estate GRA in Lagos, in which a landlord was kidnapped and three security guards killed. 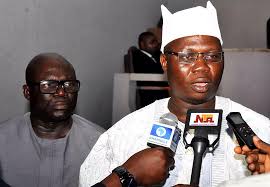 Leader of the group, Gani Adams, who has been credited in the past with saying that Niger Delta militants would never gain a footing in the South-West, explained that the government had made it impossible to launch a war against the criminals who operate in the Lagos creeks.

According to Adams, he had been cautioned in the past by the police “for saying the truth.”

He said, “For instance, after the abduction of the Oba of Iba and subsequent arrest of about 130 suspects between June and August, 2016, I was summoned to the police headquarters in Lagos.

“The commissioner of police said there was a signal from Abuja that I should be careful with my statements so that I would not cause an inter-ethnic crisis. I told them I could not keep quiet when my people were being killed.

“If you are not called to save someone and you venture into such an operation, you can land in trouble. If the government believes that we have a role to play in security, it would carry us along.

“We would try our best to rout the militants if the government tells us it needs our assistance.”

Adams said the group, had in the recent past, been portrayed in a negative manner in the same areas it was supposed to operate.
You must log in or register to reply here.