Curators
MTN and Airtel Nigeria have explained why the sacked workers in the recent restructuring of the organisations. 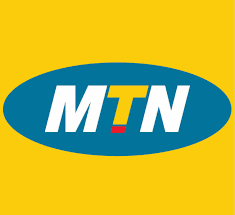 The two companies told the House Committee on Telecommunications, chaired by Rep Saheed Fijabi (APC, Oyo), yesterday that some of the staff were disengaged due to inability to fit into the new technological developments.

Responding, the acting Human Resource Executive of MTN, Ajibola Opeoluwa-Calebs, said the reports that all the staff that left the company in the last one year were sacked were not true.

He said out of the 368 staff that left the company in the last one year, 194 left on their own volition, while the rest were disengaged due to various reasons, including inability to effectively fit into the company’s new technological development.

He also told the lawmakers that as a result of the disengagement, additional vacancies were created and that the firm would soon employ 240 staff to replace them, saying the first phase of the employment would see 150 positions filled.

“We had a special arrangement with some of our employees, in April, who had been with us for some time and wanted to go and use their skills elsewhere. A total of 194 people left voluntarily, while 65 people were disengaged with the discretion of the management. Others were disengaged before April,” he said.

Not satisfied with the position that 194 staff voluntarily left MTN, the committee demanded the list of all the staff.

Also speaking, Airtel’s director of human resources, Gbemiga Owolabi, said a total of 90 staff left the company in the last one year, out of which 66 resigned, six “were exited because they were involved in some issues,” while 14 were disengaged.
A

Now we know
A