Why Women Are More Susceptible to Ebola Virus Disease

75% of Ebola victims are women. THE INDEPENDENT has given a few reasons why women are generally more susceptible to Ebola Virus Disease.

THE INDEPENDENT wrote: About 75 per cent of people contracting Ebola are women because they are often the primary care-givers, nurses and traders, health officials have said.

The disease, which has claimed the lives of at least 1,229 people across Guinea, Liberia, Sierra Leone and Nigeria, is disproportionality infecting women as the outbreak spreads across West Africa.

Julia Duncan-Cassell, Liberia’s minister for gender and development, said health teams at task force meeting in Liberia found three-quarters of those who were infected or died from Ebola were female. 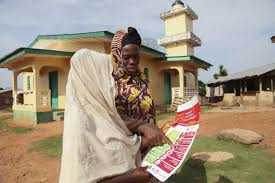 L
Why Nigeria is Still at risk of Ebola Virus Disease