Julian Assange, founder of Wikileaks has announced that he will soon leave the Ecuadorian embassy in London where he has been staying for the past two years.

CNN reported that a news conference, Assange who has been holing up inside the Ecuadorian embassy to avoid extradition to Sweden said, "I can confirm I am leaving the embassy soon, but not for the reason you might think".

Assange is wanted by the Swedish authorities over allegations that he raped one woman and sexually molested another. 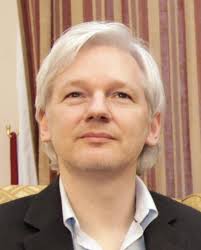