Leicester City midfielder Wilfred Ndidi has been presented with the 2016 Belgian Goal of the Year award, organised by the Belgian FA and the Sport Foot magazine, reports Completesportsnigeria.com.

The Nigeria international whose strike for KRC Genk against Club Brugge in the First Division A playoffs on 20th April 2016, was voted the best goal in Belgium for 2016.

The 20-year-old accumulated 2,385 votes to win the coveted prize, ahead of Club Brugge's José Izqueirdo who had 1816 votes and Ricardo van Rhijn who recorded 892 votes. Anderlecht's Alexander Chipciu came fourth in the poll with 865 points.

Belgian journalist Kristof Terreur presented the award to the 20 year old midfielder who has scored one goal for Leicester City in England.

Terreur tweeted: "Just had the honour to hand over the Belgian Goal of the Year award to Leicester's ball-winner Wilfred Ndidi."

Ndidi was also ranked the tenth best player in the Belgian top-flight division for 2016. 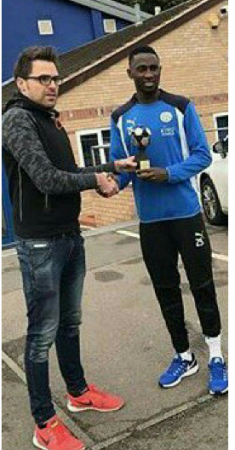 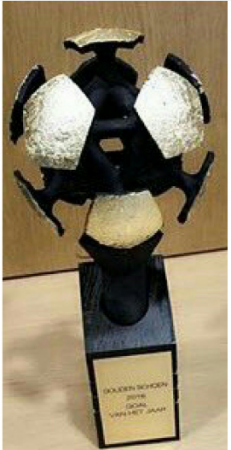