Curators
FREE Nigerian Business Directory
✅ NEW - get your business listed and your information shared across social media.
Ad
Yaya Toure has issued an apology to Manchester City for the public war of words he and his agent Dimitri Seluk have engaged in with manager Pep Guardiola over recent weeks. 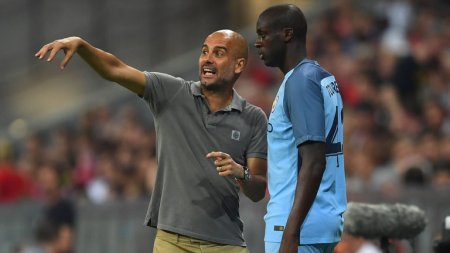 The midfielder has been frozen out of action at the Etihad Stadium by the Catalan boss as a result, though he says he would like the veteran back in his squad, and Guardiola is insistant Toure make a public apology before he can feature again.

The former Barcelona player lived up to his side of the bargain, having released a statement on Friday in a bid to help resolve the situation.

"I wish to apologise - on behalf of myself and those who represent me - to the management team and all those working at the club for the misunderstandings from the past," Toure said.

"Those statements do not represent my views on the club or the people who work there.

"I have nothing but respect for Manchester City and only wish the best for the football club.

"I am immensely proud to have played a part in the club's history and want to help City succeed further. I live to play football and entertain the fans.

"On that note, I would like to thank all of the fans for their messages through this difficult period. This means a great deal to me and my family."

Toure has played only once for City under Guardiola, turning out as they eased through the second leg of a Champions League playoff against Steaua Bucharest in August.