FREE Nigerian Business Directory
✅ NEW - get your business listed and your information shared across social media.
Ad
The Yobe State Governor, Ibrahim Gaidam has said there is no part of the state currently under the occupation of the Boko Haram insurgents.

Gaidam stated this in Damaturu while receiving a delegation from Nigerian Ports Authority, NPA, who delivered relief materials to the state.

Mr. Gaidam, who was represented by the Secretary to the State Government, Baba Malam-Wali, said the areas initially taken over by the insurgents had been liberated by the military. 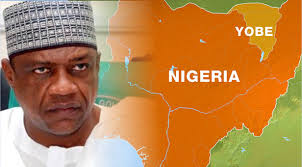 “Presently, there is no part of the state that is under the control of insurgency. Plans are in the pipeline to relocate Internally Displaced Persons (IDPs) back to their communities,” he said.


- Vanguard
You must log in or register to reply here.