“We’ve activated Safety Check again after the bombing in Nigeria this evening,” co-founder and chief executive Mark Zuckerberg said in a post on the site. 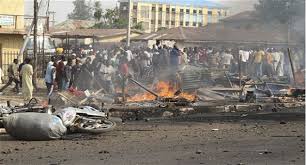 The social network had come under criticism from those caught up in last Thursday’s blasts in Beirut that they were not offered the service but those in Friday’s Paris attacks were.

The tool allows users to check whether friends are safe after attacks or natural disasters such as earthquakes.

Zuckerberg said at the weekend the feature would be used more widely in the future.

Tuesday night’s bombing at a crowded lorry park in Yola, northeast Nigeria, was the first attack this month and left at least 32 dead and some 80 others injured.
Share:
Facebook Twitter WhatsApp Email Share Link