Curators
FREE Nigerian Business Directory
✅ NEW - get your business listed and your information shared across social media.
Ad
Former Big Brother Naija housemate, Gifty who was evicted just days ago after she caused a major online stir following her denial of EME Boss, Banky W and Nigerian rapper Falz has issued an apology to the duo. 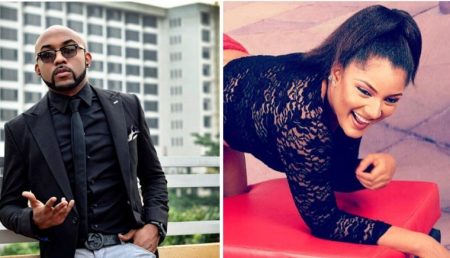 The apology came after she was evicted from the competition on Sunday night.

Her apology which was published on her social media page reads:

Good evening everyone…first of all i was misunderstood when I said I don’t know Banky, actually what I meant was, “I’ve never met him in person”..Banky is an amazing singer no doubt.

And right now i want to use this platform to apologize for all the wrong words I said about him. It’s just a game,we say/do things for specific reasons + i was emotional unstable cos i was up for possible eviction.

So to all banky fans and everyone plz forgive me, Banky I love ur music and you are a talented cute guy! #blessed

In reaction, Banky W who seemed to have moved on took to his social media page to reply the former housemate that there was no need for the apology.

See what he wrote below:

Mr. Banky was curt. He was probably hurt.

If Gifty said she doesn't know @Samguine, @Samguine will not be hurt.

Banky W has no right to be hurt.
M

Lequte said:
Mr. Banky was curt. He was probably hurt.

If Gifty said she doesn't know @Samguine, @Samguine will not be hurt.

Banky W has no right to be hurt.
Click to expand...

Entertainment If you ask me for help in 2020, your life will spoil and you will die – BBNaija’s Khloe – Linda Ikeji’s Blog

Entertainment Ex-BBNaija housemate, Jackye shares a kiss with her boyfriend to wish him a ‘Happy Birthday’ (Photo) – Linda Ikeji’s Blog