For Sale - One Bedroom Executive Flat - Lagos (NGN37m)
✅ NEW - car park, swimming pool, 24 hours light/security and more.
Ad
Two people were burned to death on Monday during xenophobic violence in Zambia's capital, Lusaka, the police have said in a statement.

The riots started after rumours that Rwandans were behind recent ritual killings in the city.

The police did not give the nationalities of those killed and urged people not to believe "false rumours". 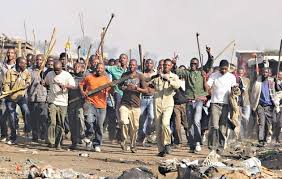 More than 250 people have been arrested after more than 60 Rwandan-owned shops were looted in two days of violence.

Six people have been murdered since March and their body parts removed.

Rumours circulated that the body parts would be used as charms to ensure success in business.