Metro Zika Virus: What Brazil Can Learn From the Way I Handled Ebola - Goodluck Jonathan 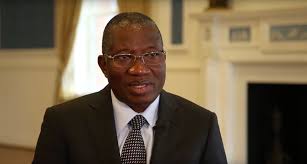 The onward march of the Zika virus and the dread it is causing is starkly reminiscent of the cloud cast by Ebola. With the Olympic Games looming in Brazil, and thousands of visitors due to flock into the country, the original source of Zika, I believe there are lessons that can be absorbed from how we dealt with the earlier outbreak.

When Nigeria experienced its first case of Ebola I was in the US at an African Leaders’ Conference with President Obama. It was 20 July 2014. Immediately, I flew back home, and went straight to the office rather than my house. I called an emergency meeting of those in the federal government connected with communicable diseases: the ministers of health, water resources, education, finance, justice, transport and others.

The first “index” case was of an American Liberian, Patrick Sawyer. He was suspected by the Liberian authorities of having contracted Ebola. He evaded them and managed to board a plane for Lagos. By the time he arrived he was very ill, with a high fever. He was taken to a private hospital and died 36 hours later.

There was no doubting the gravity of the situation. What we’d feared since the first outbreak in December 2013 had arrived. Ebola had spread through West Africa and now the potentially deadly virus was in Nigeria.

The consequences of it reaching us were grave – not just for Nigeria but for the entire world. Nigeria is Africa’s most populous country, home to almost 200m people, many of whom live in poverty, without running water and sanitation. It’s far bigger than its neighbours, with a border of 3,045 miles. Nigeria’s cities are big and sprawling – Lagos alone has 21m inhabitants.

The Nigerian diaspora is huge and the effect of people visiting relatives or travelling on business and passing on the virus did not bear thinking about. What had been an epidemic now had a real chance of spiralling out of control into a global pandemic.

In many ways we faced similar problems to those encountered by the government of Brazil as it battles to contain the Zika virus.

Brazil is also an enormous country with large cities and shanty towns. Again, it has a vast border, its citizens travel far and wide, and it’s a destination for travellers – not least with the Olympics due to take place in Rio de Janeiro in August.

In Nigeria we were aware of the responsibility that had befallen is. But I also knew what we had to do. First, we established a command centre in Lagos to trace all 177 of Sawyer’s primary, secondary and tertiary contacts, and put them under surveillance.

We drew up a plan that saw me release straightaway 1.9bn Nigerian naira to the health ministry to control the disease. We banned the movement of corpses from one place to another. We discouraged religious leaders from holding gatherings for large crowds. We urged people not to attend burials. We advised people not to embrace each other when they first met. We asked schools to extend their summer holidays.

I went on television to address the nation. I called a four hour meeting with the 36 state governors, their heath commissioners and the Federal Capital Minister and his health secretary. I held lengthy discussions with the UNICEF, Doctors Without Borders, and World Health Organisation DG, Margaret Chan

I made more money available to individual states.

Looking back, Ebola was the one cause that unified the entire country. Religious, ethnic, tribal and political leaders all came together to beat the disease. There was not one dissenting voice – something unheard of in such a diverse and vocal country. More than that, the different leaders went out of their way to assist each other.

The command centre moved round the country, as more cases came to light. Medical staff were offered extra life insurance for treating patients with Ebola. Border controls were tightened. Anyone arriving in the country showing symptoms was moved to special wards.

Above all, we instigated a broad education programme. My mantra was that I wanted the people to know the truth about the virus, to be as informed as possible about its spread and containment. I did not want them to learn false information that would lead to mass hysteria and panic.

So we used smartphone technology to broadcast messages about Ebola and how people could protect themselves. A special website was created and we used social media, especially Facebook, to halt rumours and inaccurate reports. We issued warnings and advice in local languages.

The advice for other countries as they confront Zika is: be prepared. We were fortunate in that Ebola had already broken out in West Africa, so we knew what to expect. But even so, make sure you have an emergency programme – and stick to it, but also be prepared to adapt it as circumstances change.

Everybody has a role to play, and they must be charged with playing that role, and given responsibility. That includes leaders, health officials, police, medical practitioners, border guards. But it also includes all citizens, who must report any suspicion of the disease, and take all the precautions they’re given.

Trust the people. This is something governments don’t always do. But where the spread of disease is involved it’s remarkable how a collective spirit is born, and how common sense prevails.

Zika is not Ebola and I would not pretend it to be. Act decisively, act together, don’t hold back and make all the necessary funds available, and keep telling the public every step of the way exactly how it is.

Mar 23, 2021
ese
E
E
Metro "Just a pain in the leg" - Father of student who had 7 A1s in WAEC explains how his daughter died in moving tribute - Linda Ikejis Blog