Africa’s richest man, Alhaji Aliko Dangote has confirmed that he is not part of the hostages being held by terrorists at the Radisson Blue in Mali.

Al-Jazeera had reported that Dangote was reportedly staying in the hotel and among those being held captive by the terrorist. 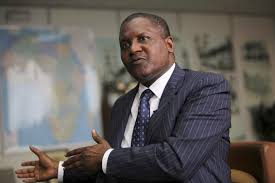 “Rumour about me being held hostage is false. I was in Mali yesterday. Thank you for your concern. My prayers with those involved", Aliko said via Twitter. 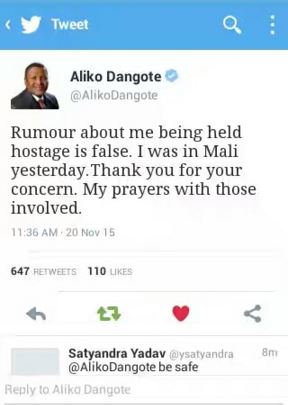