According to THE NATION, this latest invasion of the Edo legislative quarters by thugs may not be unconnected with last Monday’s violent attack on PDP lawmaker, Hon Abdulrazak Momoh, who is being treated at the University of Benin Teaching Hospital.

The thugs which struct at about 10pm specifically targeted the residences and properties of lawmakers elected on the platform of the All Progressives Congress (APC) lawmakers .Other than destroying official residences, about 36 cars were also destroyed. The thugs also threatened to return on a later date.

The All Progressives Congress, APC and the Peoples Democratic Party, PDP are currently trading blames over the attack.

However, the Edo state commissioner of police Foluso Adebanjo, said the Command will get to the roots of the matter and address it squarely. 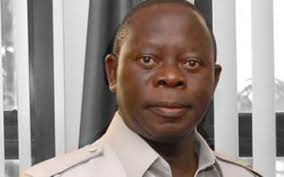