Politics 2015: Obasanjo Is Free To Endorse Whoever He Likes For President -Atiku

Atiku said this in Abuja at a news conference organised by his media organisation to intimate the public of a policy review summit coming up at the Obasanjo Presidential Library in Abeokuta on October 27.

Debunking claims that the three-day conference was a ploy to get Nigeria’s ex-president to endorse him for the next general elections, Atiku said the choice of Abeokuta for the conference was because his media organisation felt each time they went to Lagos, the people’s daily routine was usurped.

He said, "Abeokuta is a more serene atmosphere for thinking and suits our purpose. It is not a strategy for endorsement. Obasanjo is in the PDP; he has a right to endorse anyone he wants as president but you will agree with me that the ultimate choice lies with the electorate.’’

According to him, the purpose of the news conference is to announce the upcoming summit and fine-tune the elemental details of a document he called the Atiku 2015 Policy Document.

"The draft policy to be reviewed was drawn up within the context of the manifesto of our party, the APC. This document provides an overview of our policy position.

"The main thrust is the explicit bid to modify the way the machinery of Federal Government works by
clarifying and streamlining MDAs remits and responsibilities, removing overlaps and operational redundancies.’’

Atiku said the key policy areas to be reviewed were employment generation and wealth creation, infrastructure and power.

Others are education and skills acquisition, security, citizenship and governance, agriculture and food security as well as the Niger Delta and North-East re-integration.

He said the youth should not rely on government for jobs, adding that government was structured in a way that wealth continued to circulate at the top echelon of society. 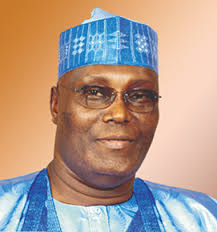