Curators
FREE Nigerian Business Directory
✅ NEW - get your business listed and your information shared across social media.
Ad
23-year-old Seun Isaiah McMillan was stabbed to death in Southgate, London on Tuesday night, May 2. 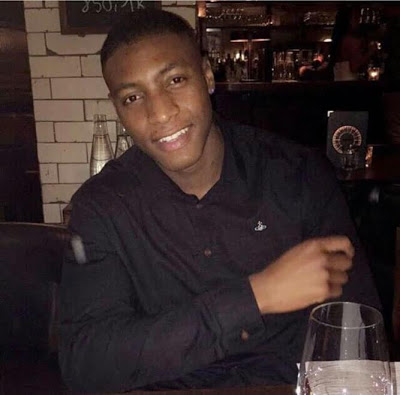 Homicide detectives believe he was attacked four miles away in a playing field at Masefield Crescent, close to his family home.

Witnesses said they alerted police after an argument broke out "over money" between a group of young men gathered in the park.

A post-mortem examination on 4 May gave his cause of death as a single stab wound to the chest.

On Tuesday, 2 May, police were called to Barnet Hospital at about 19:30hrs to reports that a man - later identified as Seun - had self-presented at the hospital, suffering stab injuries. Seun was later pronounced dead at around 20:20hrs that evening.

"We now believe Seun was stabbed in Cowper Gardens in Southgate and at that time there would have been a number of people there that had attended in cars.

"We are keen to speak to everyone who was there, and would appeal for them to contact us. We would also appeal to anyone who saw what cars were in Cowper Gardens at the time of the incident to also contact us.

"We continue to appeal for any witnesses to the attack, or anyone with any information about it, to contact us.

Meanwhile, two men - aged 27 and 25 were arrested in the early hours of Wednesday, 3 May, in connection with the murder. Both have been released under investigation.

Friends and relatives believe Shea, as he is fondly called, lit candles at a tearful vigil at the senes on Wednesday night as police officers searched drains and checked beneath vehicles in a hunt for the murder weapon.

A cousin, who spoke under anonymity told Evening Standard that he was just so bubbly, he is just a normal guy and he didn't deserve what happened.

"The last time I saw him at the park we were playing football, he loved it and played centre back. I have no idea what happened to him. His mum is just trying to cope. Everybody knows him around here they all liked him. He was a popular guy."

In a note, Seun's grandparents said :

"Such a wonderful and caring young man taken away from all of us family and friends. You will always be in our hearts forever, rest in peace."
N

This fine dude is no more? Kai! Rest in peace