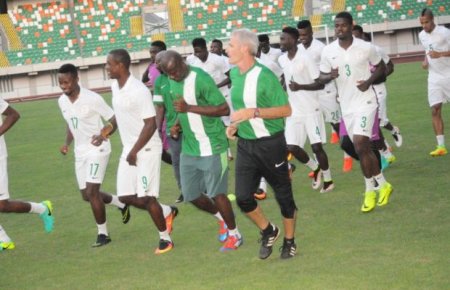 were the early arrivals at the Super Eagles Crowne Plaza camp ahead of their two friendly games against Senegal and Burkina Faso.

Hapoel Beer Sheva defensive midfielder John Ogu left Israel on Monday morning, and was expected to join the team in the coming hours.

One player who could not join the team yesterday was Chippa United netminder Daniel Akpeyi, who had not been issued a visa to the United Kingdom by the authorities.