The Ondo state Police command has said the abducted Laragunsin of Ode-Iyasan ‎community, Oba Abiodun Oyewunmi has been rescued unhurt.

The Monarch was abducted at his palace in Irele local government area of the State by some unknown kidnappers early last week.

The hoodlums demanded N40million ransom but it was not sure as at the time of filing this report if his abductors were paid the money before he was rescued. 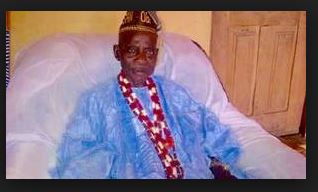 A member of the House of Representatives from Okitipupa /Irele Federal Constituency of Ondo state, Hon. Mike Omogbehin has commended the nation’s security operatives especially the Military, the police anti-kidnapping unit and Marine Police for rescuing the monarch from his constituency.

The PDP lawmaker commended the people of Iyasan and other neighbouring communities for assisting the police with useful information that led to the rescue of Oba Oyewunmi.