FREE Nigerian Business Directory
✅ NEW - get your business listed and your information shared across social media.
Ad
Police in Kubwa, Abuja over the weekend arrested two persons for allegedly engaging in homosexuality at Phase 2, Site 2 area of the town.

According to City News, the suspects, a 30-year-old online journalist (name withheld) and a 17-year-old 100-level undergraduate were caught engaging in the illicit act inside the journalist’s house.

City News gathered that the journalist, who met the student via internet chatting, had earlier sodomised him three weeks before the day they were apprehended. 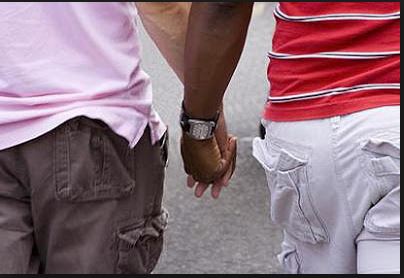 A source said that the suspect, two days before the incident, was ejected from the house he was staying via a court order following his refusal to vacate the house after the expiration of his rent.
“He came back in the evening of the same day with a cutlass which he threatened the landlord with after breaking into the house,” the source said.

The source added that the suspect had invited the student to his apartment where they had the affair before they were arrested by the police following a complaint by the landlord.

The Kubwa Divisional Police Officer (DPO), Chief Superintendent Nurudeen Sabo, confirmed the arrests, saying that the suspects would be charged to court.