Ngillari, who was at the state party secretariat on his first assignment outside the Government House, said that the purpose of the visit was to familiarise and meet with the state party executives and other stakeholders.

He said that his emergence as a state governor was the will of God ``who gives leadership to whoever he wants at a time He wants''.

“My emergence as a governor today is a will of Almighty God, because He is the only one that gives power to whoever at a time he wants

“So glory is to God,” Ngllari said.

He said that all the party’s members were equal and important to him and what remained for them as members was to unite for the success of the party in 2015 general election.

“Personally, I don’t have any grudges with anybody in my mind and for the sake of unity and peace of the state and the ruling party, I forgive anybody that directly or indirectly offended me. “

In his remarks, Chief Joel Madaki, the state Chairman of the party, said as far as he was concerned, whatever happened was a victory to the party.

Madaki congratulated the governor for his courage and foresight in carrying everybody along.

“This is examplenary of good leadership quality and integrity being demonstrated by our new governor.

“As party’s executives, we assure you of all our maximum support and cooperation to lead the people of the state to the Promise Land,” Madaki said.

He appealed to all members in the state to unite and support the governor for the interest of the party.

Meanwhile, the ousted Acting Governor, Alhaji Ahmadu Fintiri, was absent at the meeting.

Among the dignitaries that participated at the meeting were the Acting Speaker, Mr. Kwamoti Laori, Sen. Bello Tukur, members of the state House of Assembly and other party chieftains.

Similarly, Fintiri was absent at the house special sitting on Thursday while the acting Speaker, Laori, presided over the session.

The house, attended by 21 members, adjourned its sitting to Oct. 13. 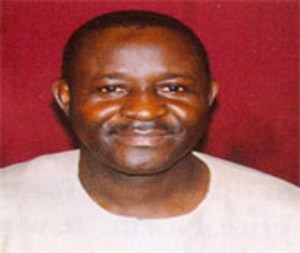