FREE Nigerian Business Directory
✅ NEW - get your business listed and your information shared across social media.
Ad
A former Minister of Sports/Special Duties, and member of Peoples Democratic Party, PDP, Prof. Taoheed Adedoja has declared that even if the zoning of the chairmanship of the party does not come to the South West, he was ready to defy all odds and contest for the position.

Adedoja made this known while speaking with newsmen shortly after a summit held by leaders of the South West region in Lagos State to deliberate on the state of the party and the region’s stand on the zoning of the chairmanship of the party. 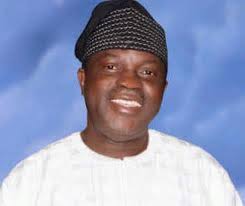 Adedoja said: “Because we have highly qualified, competent men and women of honour in the South west, that have the experience and the pedigree to lift this party to success in 2019, South West people must contest for the position of chairmanship of the party. I am one of those eminent people. As of today, I have declared to contest for the position of chairman of the party".
You must log in or register to reply here.