Politics All Ministers Will Get Portfolio But Not Full Control - Presidency

For Sale - One Bedroom Executive Flat - Lagos (NGN37m)
✅ NEW - car park, swimming pool, 24 hours light/security and more.
Ad
President Muhammadu Buhari will assign portfolios to all his 36 ministers, according to a presidency source.

The Senior Special Assistant to the President on Media and Publicity, Mallam Garba Shehu, stated this in a telephone interview with Daily Trust. 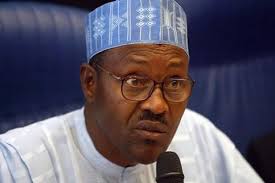 The president had reportedly said Friday that not all the 36 nominees would be ministers as some of them would only sit in the cabinet in order to meet the constitutional provision which stipulates that each state of the federation must have a representative in the cabinet.

Buhari was reported to have disclosed this during an interview he granted the Nigerian Television Authority (NTA) and Channels Television shortly before he left New Delhi where he participated in the third summit of the India-Africa Forum.

But the presidential aide stated that all the 36 ministerial nominees that had been screened by the Senate would be assigned portfolios.

E
Politics Garba Shehu: It’s not wrong to have a cabal at the presidency - The cable

Politics Why We Must Control Social Media – Presidency – Nairaland

Jan 2, 2020
ese
E
E
Politics We Must Stop This Habit Of Blaming Buhari For Everything – Garba Shehu - Channels Tv