SaharaReporters has obtained an exclusive audio of a telephone conversation allegedly between Governor Nyesom Wike of Rivers State and his counterpart in Ekiti State, Governor Ayodele Fayose, in which both men discussed how Mr. Wike’s stunt during the December 10, 2016 rerun of legislative elections in Rivers State got everyone talking.

In the leaked telephone conversation, the two governors can be heard having an excited conversation about how Mr. Wike stormed a collation center during the election. 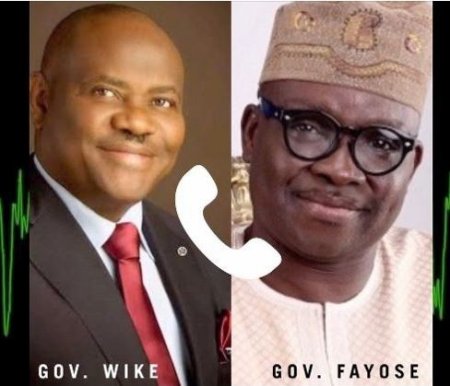 According to SaharaReporters, the tone of the exchanges in the audio shows that Mr. Wike’s aim was to manipulate the results of the elections in favor of his candidates. In a tone that shows how he out manouvred the Nigerian Army, Wike declares in the conversation that, "Nigeria Army does not exist again."