Curators
FREE Nigerian Business Directory
✅ NEW - get your business listed and your information shared across social media.
Ad
A former governor of Sokoto State, Attahiru Bafarawa, has alleged that the five Peoples Democratic Party governors, who defected to the All Progressives Congress in 2014, paid N100m each, before they were admitted into the then opposition party.

The former PDP governors, who defected to the APC in the build-up to the 2015 general elections, were Rotimi Amaechi (Rivers), Rabiu Kwankwaso (Kano), Murtala Nyako (Adamawa), Abdulfattah Ahmed (Kwara) and Aliyu Wamakko (Sokoto). 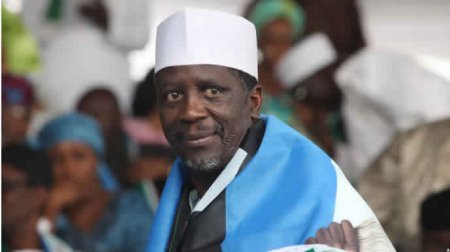 A
Politics Amaechi, Kwankwaso and Others Paid N100million Each to Join APC -Bafarawa

Feb 25, 2015
abujagirl
A
A
Politics Jigawa: Lamido Honours Amaechi,Other G7 Governors by Naming Streets After Them

May 9, 2015
abujagirl
A
A
Politics 'Return Your Stolen Mandate' - NADECO Tells Amaechi,Kwankwaso,Wamakko

Nov 13, 2014
abujagirl
A
A
Politics PDP Loses Bid to Unseat Amaechi,Kwankwaso Others